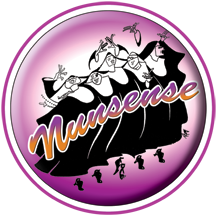 MAY 29 - June 16
NUNSENSE is a hilarious musical spoof about the misadventures of five nuns trying to manage a talent show. Sadly, the rest of the sisterhood died from botulism after eating the vichyssoise prepared by Sister Julia. Thus, the remaining nuns – ballet-loving Sister Leo, street-wise Sister Robert Anne, befuddled Sister Mary Amnesia, the Mother Superior Sister Regina, and mistress of the novices Sister Mary Hubert – stage a show in order to raise the money to bury their dearly departed Sisters.

SONGS INCLUDE: Nunsense is Habit-Forming • Turn Up the Spotlight • Tackle That Temptation With a Time Step • Just a Coupl'a Sisters • The Dying Nun Ballet • Holier Than Thou
MORE ABOUT "NUNSENSE" 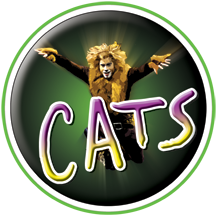 JUNE 19 - JULY 13
Written by famed composer Sir Andrew Lloyd Weber and based on T.S. Eliot's ‘Old Possum's Book of Practical Cats,’ this long running musical remains a favorite with audiences nationwide. CATS tells the story of the Jellicles, a tribe of cats who assemble for their annual junkyard ball where they announce the cat that will be reborn. The show's appeal is clearly universal, as it has been translated into over 20 languages. As time has proven, CATS is truly now and forever.

JULY 17 - AUGUST 10
Leapin' Lizards! The popular comic strip heroine takes centerstage in ANNIE, the story of a spunky orphan trying to find her parents, who abandoned her years ago on the doorstep of an orphanage run by the cruel Miss Hannigan. In adventure after fun-filled adventure, Annie foils Miss Hannigan's evil machinations, befriends President Franklin Delano Roosevelt and finds a new family and home in billionaire Oliver Warbucks, his personal secretary Grace Farrell and a lovable mutt named Sandy.

SONGS INCLUDE: Tomorrow • Maybe • Little Girls • I Think I'm Going to Like It Here • N.Y.C. • Easy Street • You're Never Fully Dressed Without a Smile • I Don't Need Anything But You
MORE ABOUT "ANNIE" 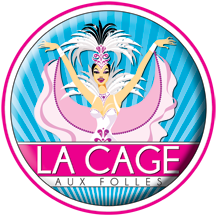 AUGUST 14 - SEPTEMBER 1
Before there was the popular movie The Birdcage, there was the Tony Award- winning, smash hit Broadway musical, LA CAGE AUX FOLLES. After twenty years of bliss, Georges and Albin, two men partnered for better-or-worse, get a bit of both when Georges’ son announces his impending marriage to the daughter of an ultra-conservative politician. Further complicating the situation, Albin and Georges run a drag nightclub in St. Tropez, where Albin is the star performer ‘Zaza.’

SONGS INCLUDE: I Am What I Am • La Cage aux Folles • We Are What We Are • The Best of Times • (A Little More) Mascara • With Anne on My Arm • Song on the Sand • Look Over There
more about "la cage aux folles