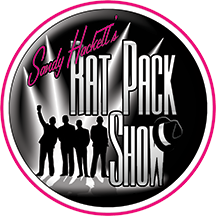 June 6 - 22 (Previews June 4, 5)
There is only one real Rat Pack Experience! It’s not until you indulge in Hackett Miller’s critically acclaimed production of Sandy Hackett’s RAT PACK SHOW that you begin to realize why Sandy Hackett’s own personal connection to these iconic legends has allowed him to tell this story unlike any other producer or performer. Chosen personally by Joey Bishop, only Sandy Hackett can bring to life that magical moment in time that everyone wanted (and continues to want) access to. Sandy, along with his producing partner, Lisa Dawn Miller, have created a truly authentic, avant-garde theatrical production based on the musical and comedic legacy of the Rat Pack, capturing the relationship, respect, love and timeless laughter of that once-in-a-lifetime moment. Hackett Miller, armed with their passion and the most extraordinary musical and creative team plus the comedic genius synonymous with the name Hackett, Sandy Hackett’s RAT PACK SHOW is the most successful live theatrical production of its kind, touring throughout the U.S. in hundreds of performing arts theatres to great critical acclaim. Priding itself on its uniqueness and originality, this show will make you laugh, make you cry and leave you wanting for more!

Now audiences can experience this critically acclaimed, hugely entertaining theatrical production (the only show of its kind continually touring throughout the U.S.) which includes exciting new arrangements of classic songs and original, never-before-heard songs written by the late, legendary songwriter, Ron Miller (“For Once In My Life”), father of producer Lisa Dawn Miller, along with recorded voiceovers made exclusively for this show by Sandy Hackett’s father, the late, legendary comedian, Buddy Hackett. 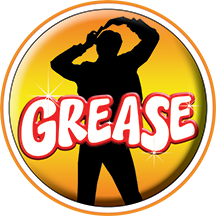 June 27 - July 19 (Previews June 25, 26)
Get out your leather jackets, pull on your bobby socks and take a trip to the fabulous fifties with the original rock ‘n roll high school musical, GREASE! Bad boy Danny and good girl Sandy meet and fall in love in this all-new production featuring the irresistible songs from the Broadway show and hit movie!  So get ready to hand-jive the night away with this ‘electrifyin,’ high-energy musical that will make you want to stand up and shout, “A-wop-bop-a-loo-bop A-wop-bam-boom!”

SONGS INCLUDE: GREASE IS THE WORD • SUMMER NIGHTS • HOPELESSLY DEVOTED TO YOU • YOU’RE THE ONE THAT I WANT • HAND JIVE • FREDDY MY LOVE • THERE ARE WORSE THINGS I COULD DO
MORE INFORMATION>> 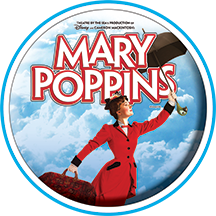 July 25 - Aug. 16 (Previews July 23, 24)
She’s practically perfect in every way! Get ready for Mary Poppins to fly over the rooftops of London and into Theatre By The Sea! This family musical is the winner of 44 major theatre awards from around the globe! Mary Poppins has captivated audiences for generations, and now the enchanting story, unforgettable songs and breathtaking production numbers will dazzle and delight theatergoers of all ages. Believe in the magic and discover a world where anything can happen if you let it!

SONGS INCLUDE: A SPOONFUL OF SUGAR • CHIM CHIM CHER-EE • ANYTHING CAN HAPPEN • FEED THE BIRDS • STEP IN TIME • PRACTICALLY PERFECT • SUPERCALIFRAGILISTICEXPIALIDOCIOUS
MORE INFORMATION>> 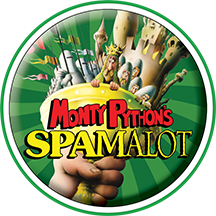 Aug. 22 - Sept. 7 (Previews Aug.20, 21)
The funniest show on earth is coming to spread laughter and merriment throughout the kingdom of Matunuck! Monty Python’s SPAMALOT, the outrageous musical comedy lovingly ripped off from the film classic Monty Python and the Holy Grail, tells the story of King Arthur and his Knights of the Round Table as they embark on their quest for the Holy Grail. Flying cows, killer rabbits, taunting Frenchmen and show-stopping musical numbers are just a few of the reasons audiences are eating up SPAMALOT.

SONGS INCLUDE: I AM NOT DEAD YET• FIND YOUR GRAIL • ALWAYS LOOK ON THE BRIGHT SIDE OF LIFE • THE SONG THAT GOES LIKE THIS • THE DIVA’S LAMENT • YOU WON’T SUCCEED ON BROADWAY
MORE INFORMATION>>